“You miss 100% of the shots you don’t take.”  That’s a quote from 5-time NBA Most Valuable Player, Michael Jordan and kind of Brandon’s motto. Ever since he was young, he was driven to be the best in every sport he gravitated toward. While not always reaching the top, he always gave 110%. His commitment, energy and infectious personality drove him and he always took advantage of any and all those around him. 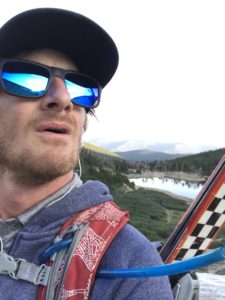 Brandon grew up in a small town in Wisconsin just a 4-Iron from Little Switzerland Ski Hill. There he taught himself to snowboard. With the support of his parents, he got very good at it. When his aspirations changed to racing go-karts, playing baseball and golfing, his parents were there every step of the way.

As a family, there was never a dull moment between Brandon’s aspirations at whatever he did and the 24/7 support he was given by his parents.

Brandon firmly believes that parents are critical to a kids success. But, as he grew, he realized that when it comes to training, a personal coach is the key.  It can take any sporting aspiration to the next level. Maybe even make their kids dream of becoming a star athlete a reality.

So Team mom-n-dad was born!

Chad, always kind of a loner, first picked up a club at age 7 with a set of “Tommy Armour” golf clubs that his dad had cut down.  And since then has never looked back.  Although he kind of wishes dad hadn’t done that, Chad says with a smile.

“Those clubs were given to me by my Grandfather, who although recently passed at the young age of 89 was still shooting a respectable game.  Knowing what I know now, those clubs would probably be worth some money.”

Like a lot of kids, Chad played sports throughout his childhood. but enjoyed and excelled at golf the most.  Fresh in his mind, is the countless hours spent chipping balls from one side of the yard to the other.  His short game is still one of his strongest skills on the course.

As with many youngsters with that competitive spirit, sometimes frustration got the best of him.  To this day, there is still a cut down Tommy Armour 8 iron sitting at the bottom of that backyard pond. 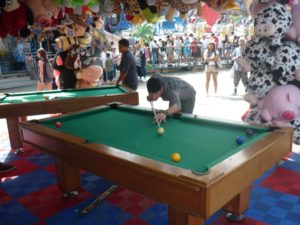 Chad, like his brother Brandon, always wanted to be the best and credits mom and dad for the hundreds of trips to the golf stores, the lessons and the outings they made happen.

When Brandon came up with his idea for Team mom-n-dad, Chad jumped on board immediately.  “I am living the life I am because my parents support me.  There are lots of parents doing the same thing. Brandon’s idea is a perfect connection between them and their kids.”

Jack is a parent of three, who long ago realized, not only does he like helping his kids succeed, he and his wife were pretty good at it.  He believes that the bond between kids and their parents are the glue that holds the world together and the stronger the bond, the better the children are for it.

It’s a fact that kids are much less likely to get into trouble when they are with their parents.  “The more you support your kids, participate in their lives and take an interest in what they do and love, the better your kids will be.”

Jack often quotes a line from the genius that is Pauly Shore from his classic movie, “Son in Law,” Pauly says to his father in law after he had a big argument with his biological son, “He’s not asking you to do what he does, just understand that he enjoys it and let him.”  All right maybe that wasn’t exactly the phrase, but the Bennett family has always lived that way.  They support their kids.  Jack is quick to say, “Hey, my wife and I weren’t too thrilled about ‘Extreme Backyard Trampoline Wrestling,’ but you take the good with the bad.”

When Brandon got off the airplane after a coaching trip to Lake Tahoe and told him he was going to start a company called, Team mom-n-dad, Jack and Debbie were

all in. “There is no prouder moment than when I’m wearing a TMND sweatshirt and someone says, ‘what’s that?’ and I say, ‘I love my kids.”